What are Skinny Tyres and Do You Need Them? 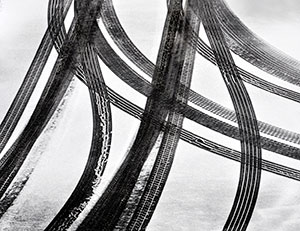 The tyre landscape has changed dramatically over the years. Initially starting out as thin pieces of rubber, tyres have become thicker and wider in the constant pursuit of performance and grip (and the battle against road surface quality).

However, similar to the fashion world, tyres are could be experiencing a retro revival. Manufacturers are experimenting with thinner and taller tyres, somewhat of a return to their roots. However this is not for fashion’s sake, there are very real benefits in doing so.

The case for skinny tyres

Tyre technology has reached a point where, while performance is at a very high level, overall economy has started to suffer. With the focus on environmental impacts becoming more prominent, so too has the related issue of emissions and fuel consumption when it comes to passenger vehicles. The European Union, for example, has been drafting standards for things like emissions, traction, and noise in the automotive industry.

As a result of these standards, car manufacturers are developing and building more efficient vehicles. This means tyre manufacturers are now trying to strike a better balance between performance and efficiency, searching for ways that tyre technology can help lower fuel consumption.

So how does going skinny achieve this?

The thinner a tyre is, the less rolling resistance there will be along a given surface (and also through the air). If there is less rolling resistance and friction, the vehicle’s engine will need to do less work to power it forward, hence less throttle is required overall. The decrease in surface friction means less fuel will need to be used, and less fuel burning means less carbon dioxide emissions.

It’s important to note that as a tyre gets skinner, it must also get taller. Michelin state that with every centimetre that a tyre’s diameter is increased, there is a 1% reduction in rolling resistance.

The case against skinny tyres

So if skinnier tyres have a lower rolling resistance, are safer passing over water, are more aerodynamic, less noisy, and contribute less weight to the vehicle’s overall mass, what’s the downside? Well, braking performance could be slightly lower, and retaining handling performance would require sufficient hardening of the sidewalls. Research suggests that the actual contact patch (or footprint) of a skinnier tyre is no different to a standard tyre when under rotational force and propelling a car, so in theory this shouldn’t be a concern.

The new breed of eco-friendly passenger cars, such as the BMW i3, are already utilising skinny tyres, and the reports so far are excellent. So why are these new tyres not in the mainstream yet? One may be quick to assume the technology is not quite up to standard yet. The more probable reason, however, is that there is not yet a consumer market for skinny tyres. Motorists demand tyres that are easily available, and manufacturers are happy to supply motorists with existing tyres as it is a market that is easily serviced. Over time as manufacturers move towards skinnier tyres as standard fitment on their vehicles, the consumer and replacement market will no doubt increase and things will shift accordingly.

The net benefits of moving to a taller and skinnier tyre clearly outweigh any negatives, and Pirelli forecasts that these types of tyres will be the standard by 2020. Unlike the retro renaissance seen in the fashion world, it looks like the skinny tyre revolution in the motoring world is likely to be more than just another fad!