Should You Install Run Flat Tyres on Your Car? 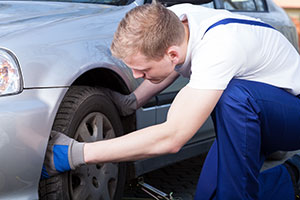 If you are wondering how do run flat tyres work and whether they are right for your vehicle, the following guide is sure to help. RFT tyres are designed to with features that enable you to move even in the event of a puncture. Many new cars, particularly luxury vehicles, are now sold either with run-flat tyres installed or with the option of fitting them. These tyres do exactly what they say on the tin – they still run when they are flat. As such, run-flat tyres can save a lot of hassle and pressure in puncture situations, as you won’t need to stop and change a tyre or call for help.

How Do They Work?

The reason run flat tyres still work after sustaining a puncture is because they are built with reinforced sidewalls. Where standard tyres rely on air to support the vehicle, run-flat tyres have stronger supporting rubber, which is designed to temporarily support the vehicle after a puncture. This is an important point to remember, as they are only designed to allow you to drive up to a specified speed and distance (specifications vary for each tyre).

Vehicles that are fitted with run-flat tyres must also be fitted with a tyre pressure monitoring system. This is because the stiffer sidewalls make it difficult to determine when air pressure is low, or even when you have sustained a puncture. Run-flat tyres and tyre pressure monitoring systems can, therefore, be retrofitted to a car, and this has become a choice that many motorists are battling with as the technology goes mainstream.

Should I Make The Switch? 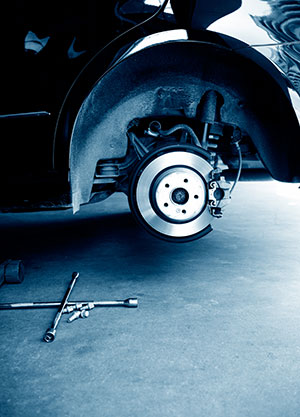 So, how do you determine whether run-flat tyres are right for your car? The best way is to weigh the pros and cons, and then make an informed decision. To help you with this, here is a summary of the advantages and disadvantages to run flat tyres:

You can still drive on a flat tyre

This is the first obvious benefit. If you sustain a puncture, you won’t need to stop and change the tyre.

More stable in the event of a puncture or blowout

In the event of a puncture or a blowout, a run-flat tyre will be more stable than a conventional tyre (where loss of control can occur in a sudden blowout situation).

When your car is fitted with run-flat tyres, you don’t need to carry a spare tyre. This can free up valuable boot space.

Further to the above point about space, the lack of spare tyre means that your car will be carrying less weight. This can also improve fuel economy. However, it’s important to remember that the run-flat tyres themselves are heavier than standard tyres (due to their rubber reinforcements), so the net weight saving may not be as dramatic as expected.

Retrofitting run flat tyres requires a tyre pressure monitoring system. This can, therefore, be a rather expensive exercise, depending on your vehicle.

As well as being expensive to install, run flat tyres cost more than standard tyres when it comes to replacing them. This is because they use more rubber and more technology than the average tyre.

This is a benefit when it comes to boot space, but it is also a negative point for some. The spare tyre is a safety blanket for many motorists and, even though you shouldn’t need to replace a tyre when you have run flats, you don’t have the option as there are no tools to do so either.

Due to their heavier construction and compound, run-flat tyres have been reported to wear faster than conventional tyres. This means you may need to replace them more frequently.

Another downside of their weightier construction is that they have an effect on rolling resistance, which results in slightly higher than average fuel consumption when compared to a traditional tyre.

All the reinforcement and rigidity translate into a firmer ride. This may not be bothersome, but it’s important if you are sensitive to a change in ride, especially over rough surfaces or those inner-city potholes.

While run-flat tyres are considered to be mainstream now, they aren’t always stocked extensively at tyre shops or service centres. This means you may be left waiting for a replacement in the event of a puncture.

Overall, there are some great benefits when it comes to run flat tyres, but there are obviously some downsides too. However, many motorists swear by them so it’s important to weigh the pros and cons and decide whether they are in your favour, both for your vehicle and your type of driving.